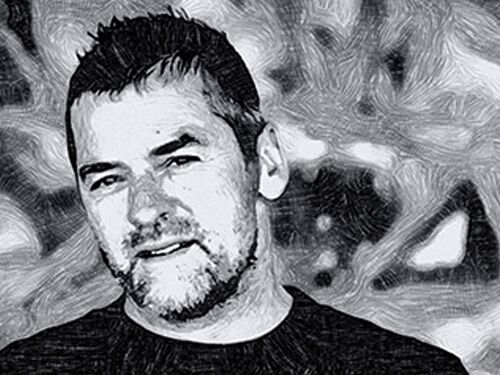 Switzerland-based Roelou Barry is a cloud and data storage technology pioneer who was instrumental in developing data offerings used by millions of customers globally since 1998.

In 2012, Roelou took an interest in blockchain technologies with particular focus on how data-handling and -value could be enhanced. He was the driving force behind a number of international blockchain and crypto projects, which culminated in the birth of the Zenotta Digital System. 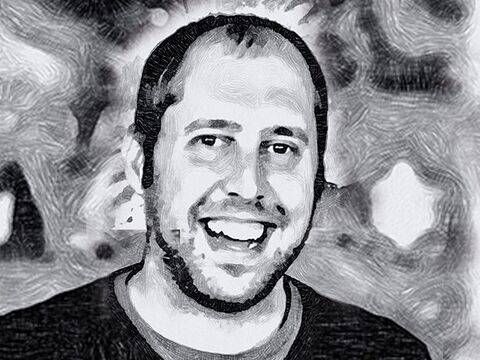 First prize winner at the IDC Inventors Garage. Finalist in the GAP Innovation Competition. Finalist in SEED STARS. TIA grant holder. Zug-based Andrew Kessler is a serial entrepreneur who worked on a N-doped diamond-based semiconductor startup and founded a number of additional startups, focused on biometrics, logistics and human identity. Andrew has a background in chemistry and biochemistry, and a strong knowledge base in cryptography.

The people who give data value 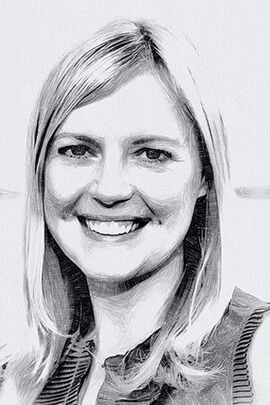 Finance and administration specialist | Head of Finance at Zenotta

Iwona is an experienced finance and administration specialist who has worked for multinational corporations across a number of industries. Prior to joining Zenotta, she was Head of Finance at blockchain entertainment studio, Singular DTV. She previously worked for multinational technology company IBM, and global telecom network firm, Millicom, before moving on to Crown Worldwide where she spent 5 years, 3 of which working on a project for Novartis Pharmaceuticals in Switzerland. Iwona was a recipient of the Charles E. Merrill Jr. scholarship to the Thomas Jefferson School and also received a scholarship to study at the Tischner European University in Krakow. 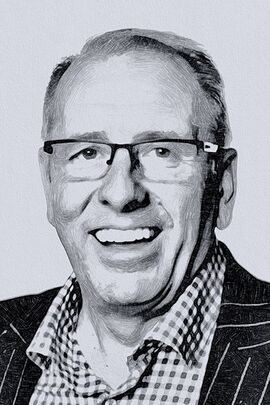 ICT veteran, Pieter Bouwer, has extensive experience as CEO and Executive Director of a number of leading ICT and publicly listed companies. Throughout his 40-year career, Pieter managed businesses with a specific focus on Database Technology, Networking, Telecommunications and Enterprise ICT business applications and technology. His passion for Blockchain Technology is associated with enabling applications, which will deliver Enterprise value. Prior to joining Zenotta, Pieter was the Regional Director of SAP. 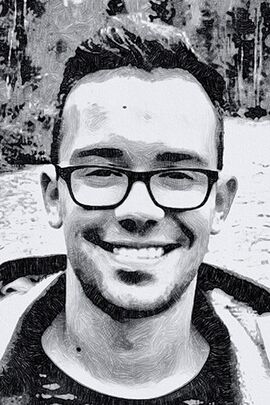 Byron is an award-winning developer, designer, writer and speaker who has worked on projects ranging from machine learning for EdTech to cutting edge fintech for clients such as JPMorgan Chase, Alliance Bernstein and Old Mutual. He has spoken at numerous conferences on the future of both user experience and software development, and has written for some of the most renowned Web-related publications, including A List Apart and SitePoint. 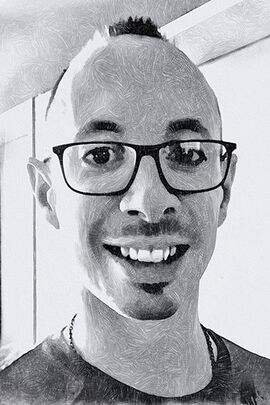 Alexander Hobbs is a leading data scientist specialized in algorithm design, high performance computing, and computer modelling of complex systems. A PhD graduate in Theoretical Astrophysics, he has authored numerous scientific publications in the areas of supermassive black holes, galaxy formation, and dark matter, and spoken at a number of international conferences and workshops. Prior to joining Zenotta, he held postdoctoral positions at the Institute for Astronomy at the ETH Zurich in Switzerland and the Institute for Computational Science at the University of Zurich. 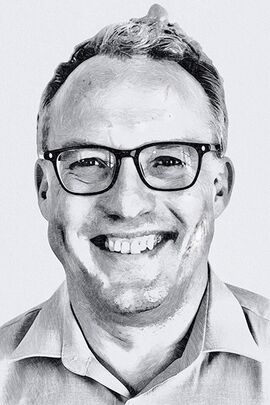 Andreas is a deeply experienced academic and lawyer in the areas of Swiss and international law, with a special focus on digital law (including blockchain), distribution, logistics, and transport law, and international private law. As Professor of Private, Comparative, International Private and European law at the University of Lucerne, Andreas has conducted research projects, published extensively, and taught for over 25 years. In addition, he also has a long practice experience as a partner at Zurich-based law firm MME from 2007 until 2020. Andreas is further a founding member of the Swiss Arbitration Academy. 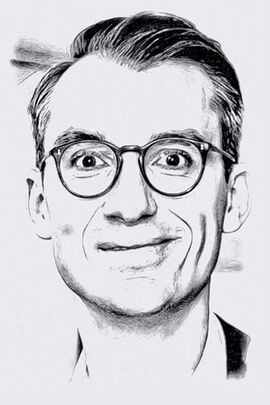 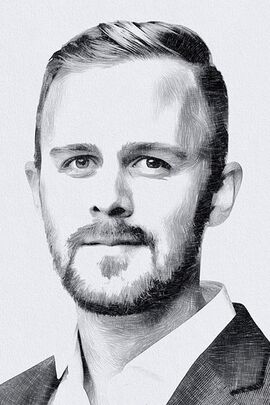 Miles Timpe is an experienced computational scientist with a background in artificial intelligence and machine learning. As a PhD graduate in Theoretical Astrophysics & Cosmology, Miles has developed and deployed algorithms and code for high-performance computing applications at the NASA Astrobiology Institute and the Swiss PlanetS consortium. Prior to joining Zenotta, Miles was a postdoctoral researcher at the University of Zürich’s Institute for Computational Science. 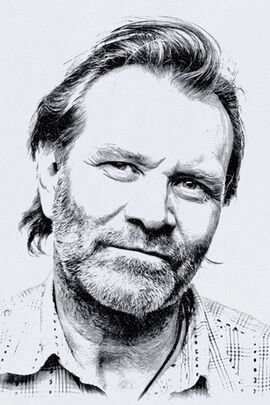 Robert is a an experienced and awarded graphic-designer, webdesigner and creative mastermind, with deep roots in art and the global art marketplace. Based out of Stuttgart Germany. In 1985, at the age of 23 he founded the legendary advertising agency "ROBART". In 2000 Robert founded the Digital Design Agency "BRAINGENCY*" which has been servicing a global client base ever since. With a longstanding interest in Blockchain Technology and its potential to have global impact in the world of Digital Art and Digital Rights Management, Robert joined the Zenotta team in 2020. 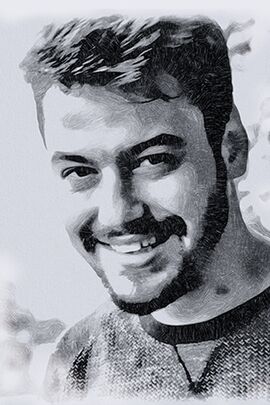 Swiss software developer, Robin Plojoux, holds two degrees: an Information Technology CFC degree, which he earned through the CFPT School of Geneva in 2015, and an IT Technician ES degree, which he completed through the same school two years later. After completing his studies, and adding some experience to his resumée, Robin joined the Zenotta team. 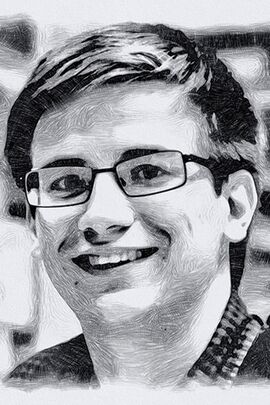 Nikita is a systems developer who has been specializing in peer-to-peer network development for over 4 years. He has worked on low-level networking libraries and APIs at MaidSafe and has given multiple talks at conferences across Europe on a diverse range of topics related to P2P networking, WebRTC, and systems programming. He is active in the Rust community, working on several open source projects related to compiler tech and education. 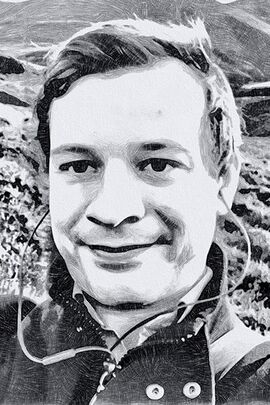 Jean-Philippe is a senior C++/Rust developer who has worked on many large-scale projects, including a distributed networked video surveillance system. The last project he contributed to was an open source peer-to-peer autonomous network developed by MaidSafe, designed for decentralized file storage & communication, with its own native cryptocurrency. Jean-Philippe now applies his skills and expertise to building the Zenotta Network Protocol.